[Hard Design — The Children of Eos and Arachne’s Loom]

[Black Box, Stories of The Future — Talk/Debate on Digital Culture]

[Black Box, Stories of The Future — Talk/Debate on Digital Culture]

Within graphic design, the concept of systems is profoundly rooted in form. When such word is invoked, it is normally related to macro and micro-typography, involving book design and typesetting, but also addressing type design or parametric typefaces, for example. Branding and signage are two domains which nearly claim exclusivity of the use of ‘systems’ in graphic design.

A series of residencies, titled Design Systems, seeked to challenge that tradition by providing a platform to investigate systems thinking in its relation to design – structure and behaviour – openly working towards a politicised understanding of its practice and theory. This series of residencies, held between May and June, took form as collaborative workshops open to a diverse public, questioning the systems that shape design and how design reinforces and feeds them in return.

Exploring a variety of lenses, from politics to media and journalism, data or economics, these residencies are exhibited in several Metrodo Porto stations, with contributions by Luiza Prado and Pedro Oliveira (A Parede), Belle Nuankhanit Phromchanya (ACED), Ruben Pater (Untold Stories) and Demystification Committee. The project will form the basis of the fifth volume of Modes of Criticism. 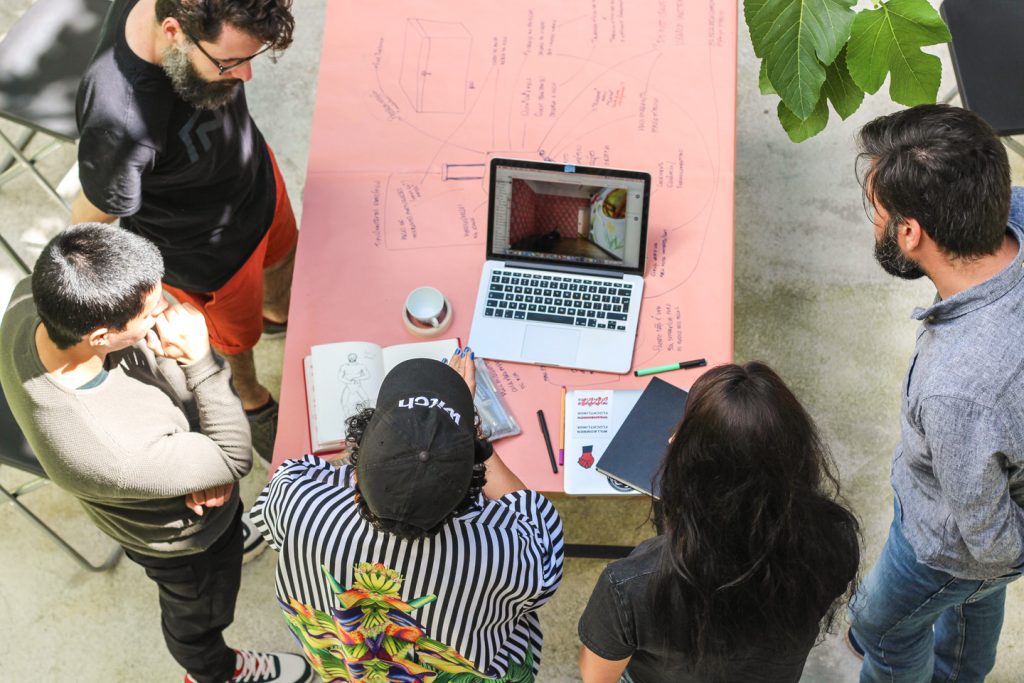 — workshop 1 | 10–12 may 2019 DESIGN SYSTEMS: IMPOSSIBLE METHODS By Luiza Prado & Pedro Oliveira (A Parede) The act of designing produces other designs into the world, and does so by intervening in relations that are all context-dependent and socio-culturally informed. We understand the act of designing as one o f producing material discourse; we argue that the discourses produced by designed things cannot be anything but provisional and performative. Participants start out from a designed artifact they are asked to bring to the session – responding to a set of keywords or a statement given by us beforehand – and slowly unpack the networks that inform the existence of that object in the world, as well as its implications in-use. This unpacking can take the form of narrative, performance, mapping, or anything available and/or desired; what matters is not the hows, but the whats and the whys. Luiza Prado & Pedro Oliveira areresearchers, artists, and educators working with and around decolonial thinking. Together they work as A Parede, and also are founding members of the Decolonising Design group. 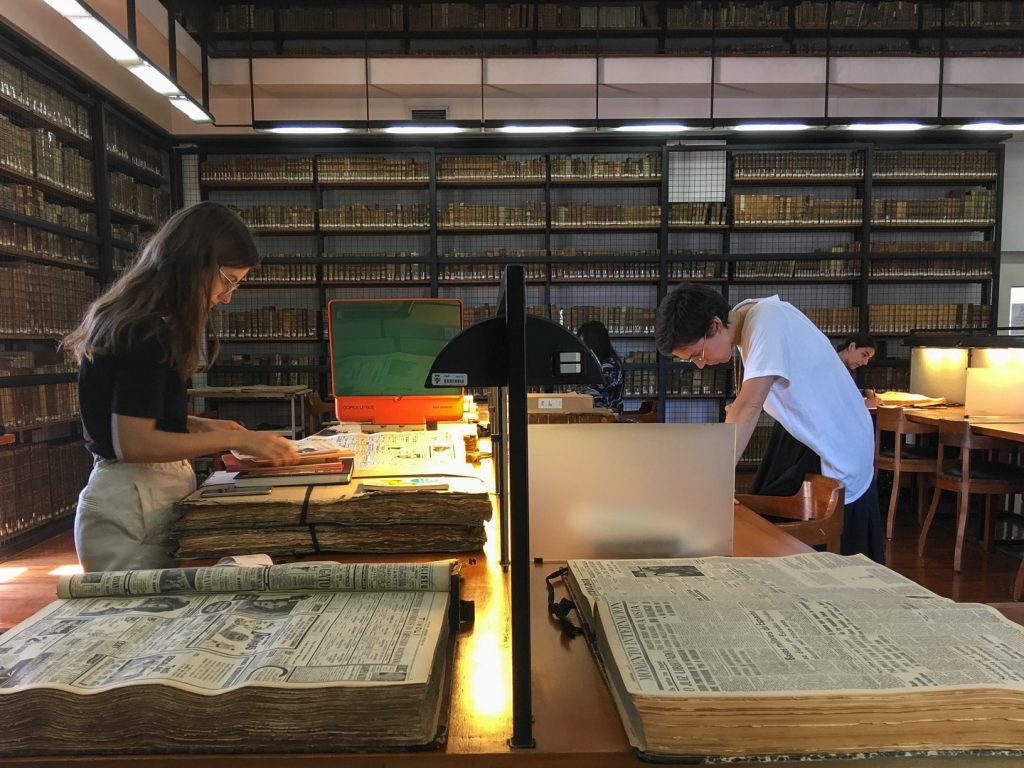 — workshop 2 | 31 may–2 june 2019 DESIGN SYSTEMS: NEWS THAT WILL CHANGE THE WORLD By Belle Nuankhanit Phromchanya (ACED) The world is changing; which side are you on? Global shifts are infused with fiction, captured through metaphors, imagined characters and invisible powers. As reality becomes the script of our news bubble, fiction becomes a necessary means of dealing with the real. This is a three-day intensive workshop in which participants investigate the subjective narratives of global realities, from fake news, conspiracy theories, and internet’s collective imagination. The program will explore Porto’s journalistic archives of the Municipal Library; microfilms, digital footage, printed materials and historical data. We will use cross-fields research methodologies to discover the unseen patterns and collect new pieces of evidence that can be constructed into a coherent narrative. Using news materials as a propaganda for future scenarios, with humour, sarcasm, and good will, the aim of the workshop is to introduce an alternative version of reality. Belle Phromchanya is the co-founder of ACED, an institute for design, art and journalism with the aim of promoting experimental production, research & knowledge development and public programs. 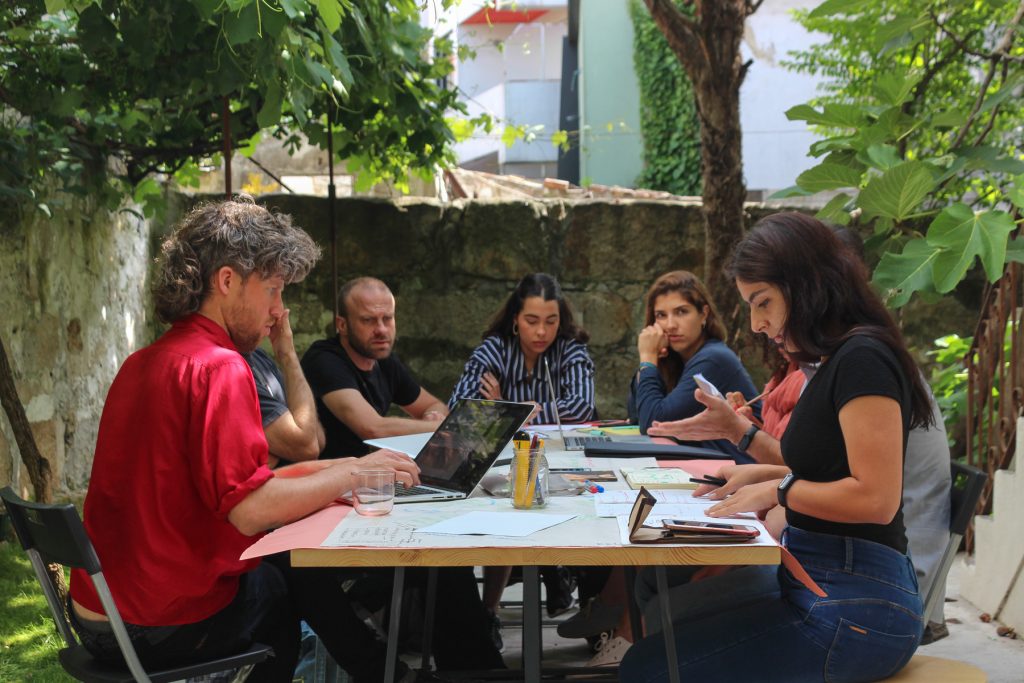 — workshop 3 | 20–22 june 2019 DESIGN SYSTEMS:MEANS OF PRODUCTION By Ruben Pater (Untold Stories) When terms like ‘critical design’ or ‘political design’ are invoked, they tend to refer to the topic rather the conditions of graphic design itself. The underlying economic conditions under which design is produced and consumed remain largely unquestioned. In this workshop we will map, deconstruct, and visualise the means of production of contemporary graphic design in the context of the cities of Porto and Matosinhos. The means of production refers to all the tools, raw material, factories and inputs used for the production of economic value. In graphic design this means the software, hardware, graphic tools, networks, printing companies, inks, (digital) distribution companies, broadcasting channels, and the private and governmental organisations that provide educatlional and exhibitions spaces, etc. Visualisation of the means of production of this particular workshop will be presented as a production line in a narrative form in the public space. Ruben Pater, under the name Untold Stories, creates visual narratives that aim to support solidarity, justice, and equality. His Drone Survival Guide (2013) received worldwide attention as a discussion piece on military drones. In his book The Politics of Design (BIS Publishers, 2016) he looks at the responsibilities of designers in visual culture. Pater is a tutor at the Royal Academy of Arts (The Hague).
Curator Francisco Laranjo
Exhibition Project A Parede; ACED; Untold Stories; Demystification Comittee Graphic Design Francisco Laranjo
01.05—15.11.2019 Metro Stations, Porto e Matosinhos [free entry]
— POSTER [download]
#designsystems#impossiblemethods#fakenews #production

Francisco Laranjo is a graphic designer, researcher, professor and design editor and critic based in Porto. He has lectured at various European and international universities. His articles have been published in multiple magazines and books. Francisco has a PhD in graphic design methods and criticism from the University of the Arts London and an MA in Visual Communication from the Royal College of Art. He is the editor at the design criticism journal Modes of Criticism and co-director of the design research centre Shared Institute. His writings have been published in Design Observer, Eye, Creative Review, among others. Visiting lecturer and speaker at the Sandberg Institute (NL), CalArts (USA), Royal College of Art (UK), Zürich University of the Arts (Switzerland), University of Applied Arts Vienna (Austria), among others. He is an Associate Lecturer at Central Saint Martins (UK).

We perceive design as the deliberate creation of relationship modes between ourselves and others, i.e. the production of forms of social interaction. These processes of social modelling reveal the action of design, of the production of objects, settings and interfaces, forms of communication and representation, services, programmes and policies that effect the mediation and shaping of human experience.